I haven't posted on the Disneyland side of things for a while now, so for those who don't me, I'm Elle! 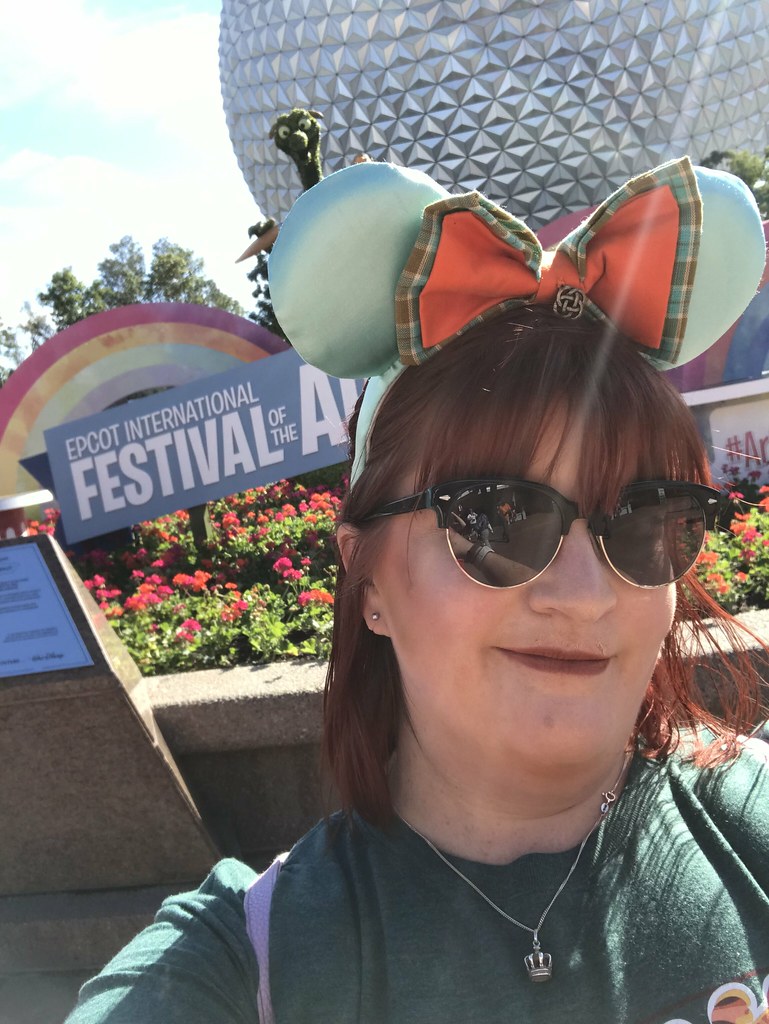 I'm a Disney lover in my early thirties, living in central Massachusetts. I'm a middle school English and Theatre teacher, an WDW Annual Passholder, because it's the place I go to most often, but my heart belongs to Disneyland.

The last time I was in Disneyland was with my two best friends back in 2017, and I've been trying to go back since.

Well, this April will be my time!

One of my two best friends, Jen, moved out to SoCal. Since then we haven't seen much of each other because our schedules haven't been able to match.

Well, we finally did it!

I'll be flying out to San Diego (which is closer to where she and her partner live right now) after I get out of work on April 17. The next morning we'll get an early start and drive up to Hollywood to spend a day at Universal, then drive back down to Anaheim to spend a few days in Disneyland, then head back to the San Diego area for a couple of nights before I go home on the evening of Saturday, the 25th.

So while Disneyland won't be the only thing I do this trip, it'll be a big chunk of it. And I'm super excited!

This PTR will probably be a place for me to dump information about where I'm staying, figuring things out, etc. It's mostly going to be me spending the next few months waffling between panicking, asking random questions, and forgetting that this PTR even exists.

Oh? And why is this Part One? My mother and I are going to WDW in October specifically for Food and Wine (an annual tradition for us). That PTR over in the WDW section of the boards (here) is Part Two

Following along! We'll actually be in Cali the exact same dates as you! We're planning to go to F&W on one of the last 2 days.

Raeven said:
Following along! We'll actually be in Cali the exact same dates as you! We're planning to go to F&W on one of the last 2 days.
Click to expand...

Oh wow! Say hi if you see us

In shocking news, I have let this PTR fall by the wayside.

I mean, not really, but until recently there hasn't been much to update with.

Everything's been coming together over the last few weeks, which is great! So, so far what we have is:

Like I said in my original post, I am flying out of Logan after work on the 17th. My flight leaves at 6 pm for San Diego. I have two alternative plans for leaving work. Plan A is to disperse my homeroom students between the other homerooms on team to shoot out of here around 2:15. That would get me to the airport around 3:30 barring no delays on the highway. The other alternative is that that doesn't happen, which would have me leaving here a little after 2:30. That would get me to the airport around 4. Not a huge time difference, but since I'm parking myself for the first time in a while I'm trying to take the time it'll take to get from the parking garage to the airport into consideration. Either way, I should be making it to California around 9:40 their time.

Coming home, I'm flying out on Saturday night at 8:45 from San Diego. I'm hoping to get a little bit of sleep on the plane, because I'll be landing around 5:30 Sunday morning. I'll be completely home just before 8 am that morning, so I'm hoping that if all goes to plan I can spend the majority of Sunday relaxing/recouping before I go back to work on Monday.

I bought my Disneyland ticket about three days before the price increase so yay! I bought a 3 day park hopper pass. Jen and Jenny don't have MaxPass with their APs so we figured that if we decide as a group we want it we'll cross that bridge. We also have reservations for breakfast at Riverbelle Terrace for Sunday as it's something none of us have tried yet.

So, what does one wear in Southern California in April? I'm someone who is always a bit cold, so I figured short sleeved tops with jeans, a couple jean jackets to throw over them in case I'm cold at night. I'm not too terribly off the mark, right? I've only ever been to California in August, and I've come to learn from many a trip to Florida and Tennessee and South Carolina in the winter and spring months that my understanding of "spring weather" is completely skewed because our spring is either "gross, cold, rainy" or "suddenly hot" around here so I have no gauge of that in between temperature at all.

So, some quick updates:

Clearly I'm not going to DLR in August - it doesn't seem like the best idea even if things are open during our planned trip. I'm out of work until at least May 4 and my CA friends aren't sure how long they'll be working from home. So instead of putting added stress on all of us we decided to move our trip to July.

Our new dates are July 11-19. Fairfield Inn and Jetblue let me move everything and I easily moved everything without any issues. I actually saved a ton of money on my flights and have enough credits to pay for my roundtrip to flight to Florida in October so that is a nice little money saver.

- I'm having my dad drive me to the airport (yay, another $200 savings there!). My flight leaves at 8:50 pm so I should be getting in to San Diego around midnight.

* Honestly, I wouldn't be shocked if this flight moved a little earlier, as my April flight kept moving earlier, but we'll see. I double checked with Jen to make sure they were okay with picking me up so late.​
​
- The rest of the week is planned basically the same as before: we'll spend the night at their apartment, drive up to Hollywood to go to Universal early the next morning, drive down to Anaheim at night and spend the next three days in Disneyland, then we'll head back to San Diego for the rest of the week.

While it stinks that I can't go down in three weeks I'm glad that we were able to change everything instead of canceling. Hopefully all this will be mostly under control by that point.

I hope your July trip works out. I'm planning a DL trip for my birthday in August and hoping everything's good by then.

Alaskan mom said:
I hope your July trip works out. I'm planning a DL trip for my birthday in August and hoping everything's good by then.
Click to expand...

Thanks! I'm hopeful, but right now just kind of taking everything one day at a time because everything is such a big question mark right now. Hopefully everything will be good for your August birthday trip as well!
You must log in or register to reply here.
Share:
Facebook Twitter Reddit Pinterest Email Link